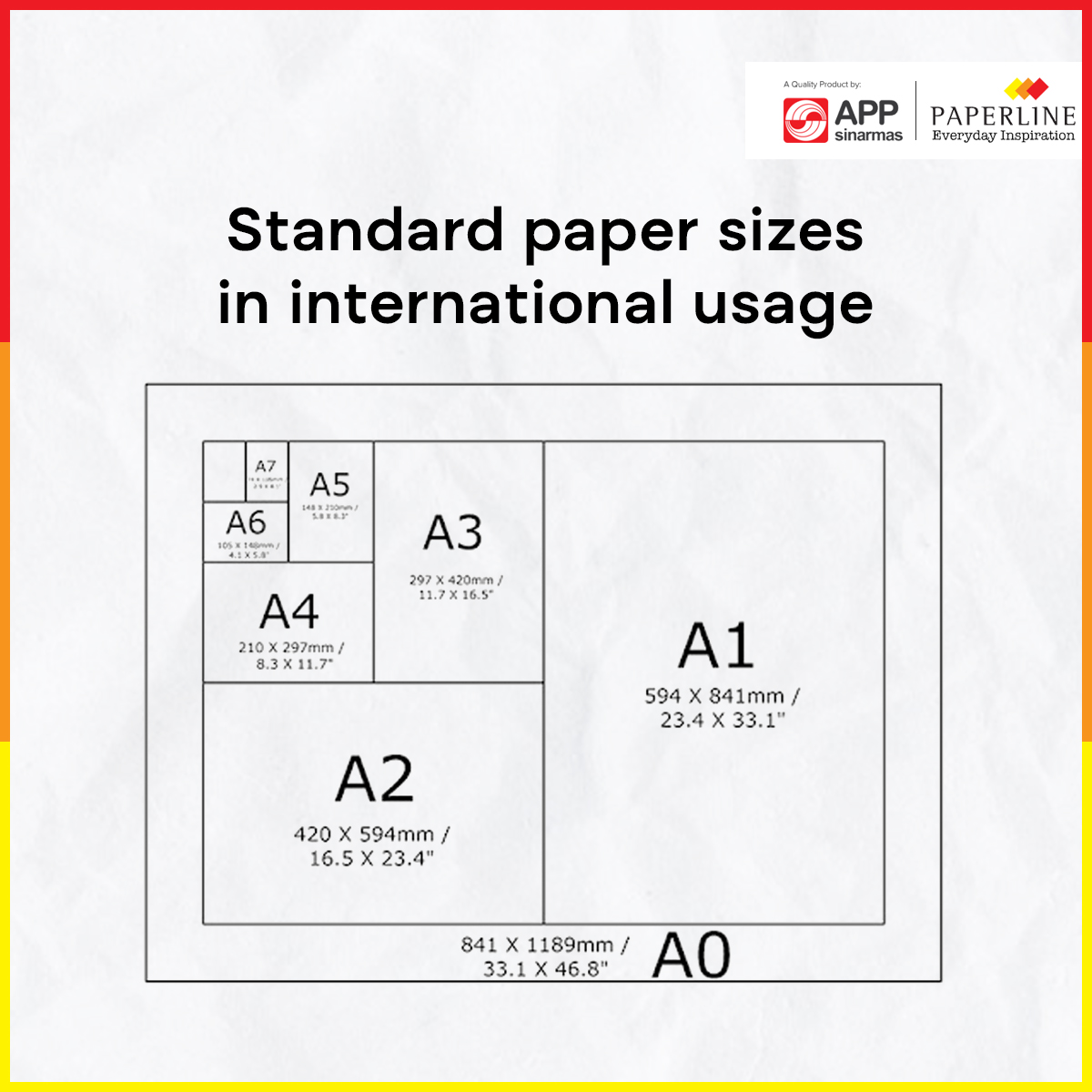 Standardization of paper sizes is important for several reasons, such as the size of file cabinets, folders, printer trays, binders, envelopes, mail services, etc. Several dependent objects are designed with paper sizes in mind. The International Organization for Standardization (ISO) has classified certain paper dimensions for ease of manufacture and use internationally.

Most countries outside of North America use paper sizes that fall into one of two series: the A Series and the B Series.

Originally introduced in Germany in the 1920s, it quickly spread through Europe and around the world to be codified in the 1970s by ISO. Today, apart from North America, this is the most commonly used paper standard across the world.

A4, the most commonly used paper size in the world belongs to this series.

Sizes in the A series range from A0 through A10.

Applications for the A series:

A4: Everyday printing at homes and offices such as letterheads, posters, presentations, reports, training manuals, brochures, booklets, use in fax and copy machines

The RAW series of paper is slightly bigger than the A series. It is widely used for commercial printing as it allows the ink to bleed to the edge of the paper, before being cut to match the A format.

This standard size was introduced to provide a wider range of paper size options. The B series is a little bigger than the A series; just big enough to fill in the sizes between each size of the A series. Naturally, the B series also has sizes ranging from B0 through B10.

Applications for the B series:

B4: Posters and notes

The standard envelope sizes that adhere to the ISO standard used internationally are generally designed to be used with paper sizes in common usage. The C series is most commonly used for envelopes. The size of the C series paper is the geometric mean of the areas of the A and B series paper of the same number.

The DL envelope is the most common envelope used in business. DL is short for ‘Dimension Lengthwise’.

Paper sizes in North America do not have a consistent aspect ratio as the ISO standard does. They can be broadly categorized as Loose, ANSI, and Arch series. The most commonly used sizes in the US are – Letter, Legal, Tabloid, Leger, Junior Legal, Half Letter, Government Letter, Government Legal, ANSI A, ANSI B, ANSI C, ANSI D, ANSI E, Arch A, Arch B, Arch C, Arch D, Arch E, Arch E1, Arch E2 and Arch E3.

There are three main types of envelopes used in the US which do not correspond to the ISO standard of paper sizes. They are known as Commercial, Announcement, and Catalog. Other less known styles of the envelope are Baronial, Booklet and Square.

There are many different publication formats, and they vary from country to country. Broadsheet, Berliner, and Tabloid sizes are the most popular ones in use today.

Find the most common internationally used paper sizes at Paperline. We have paper in different thicknesses to suit different everyday paper needs at home and in the office. Create the best presentations, charts, reports, brochures, posters, booklets, invites, and much more with Paperline’s impeccably white and smooth paper.

No Comments on Standard Paper Sizes in International Usage/